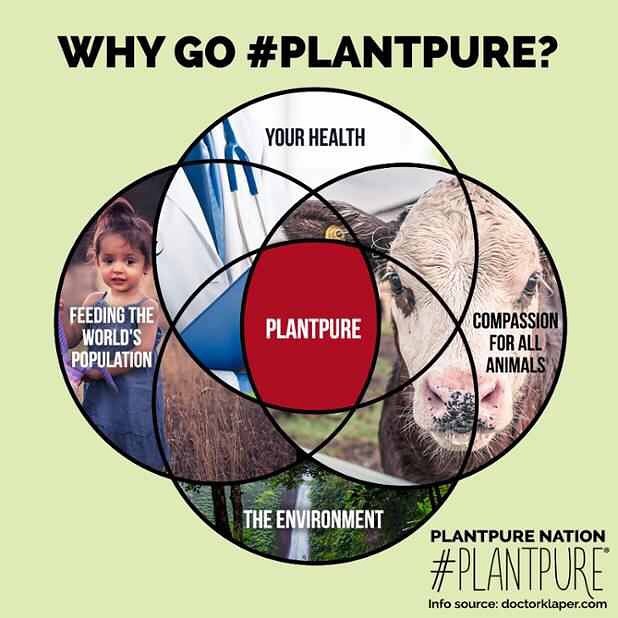 In prior blog posts focused on the 4 COS4S initiative, we have learned that moving toward a whole food, plant-based lifestyle is good for our bodies, the health of the Earth, and animal welfare. In today’s post, we explore the effect of what we eat on world hunger.

If you have not yet seen the film PlantPure Nation, do so. It powerfully explores these themes and suggests practical ways in which individuals can contribute to solutions.

According to the Food and Agriculture Organization (FAO) of the United Nations, of the world’s nearly 7.4 billion humans, “almost 1 billion people are malnourished.”

This post opens with the FAO’s definition of hunger, as it appeared in an HSI [Humane Society International] Report: The Impact of Industrialized Animal Agriculture on World Hunger (Food and Agriculture Organization of the United Nations, 2008).

The term “enough calories” really means “enough nutrient-rich calories”. People whose diets are mainly comprised of sugar and processed products may be filling their bellies every day, but their bodies are not being fed what they need to be healthy. So, they are hungry in the sense of being undernourished. With one in 7.4 people on the planet malnourished, it is likely that each of us knows at least one hungry person.

Most undernourished people are in the developing world, but millions live in the US.

When you were young, were you told to clean your plate because there are starving children in the world? Many who had this experience have complicated feelings about what any individual can do to alleviate world hunger. On the one hand, of course we want to do what we can to help a hungry person. Young children are, by nature, compassionate, and they want to help others. On the other hand, media images of hungry children and starving people with bloated bellies cause many of us to avert our eyes. We feel overwhelmed by the enormity of the problem, and helpless to do anything substantive.

As we considered this, we thought that, since each of us can relate to the experience of being hungry, and all of us know at least one malnourished person, we could spotlight the theme of kindness as we explore what each of us can personally do to contribute to solving the world’s hunger challenges.

Definition of Kind: “A group united by common traits or interests”.

Definition of Kindness: “The quality or state of being gentle and considerate”.

Kindness is a unifying energy. Many people are not yet aware that we are one united body. Before this awareness dawns on us, we regard each individual as a separate being. In the unified model, the hunger of any individual is a reflection of the hunger that everyone feels, physically, emotionally and spiritually.

When we become more kind, we connect to the common traits and interests shared by all of life. We treat one another with gentleness and consideration. 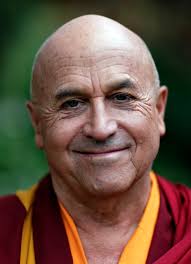 Matthieu Ricard is a Buddhist monk who has contributed greatly to helping people develop a daily practice of kindness and compassion. He has participated in research studies on brain neuroplasticity (changes in the brain) and has been dubbed “the happiest man in the world” by neuroscience researchers because of the brain activity they documented when he was being scanned.

In a 6-minute video, he offers his thoughts on why moving away from a diet that includes animal products is important for individuals to develop compassion, and to help feed the hungry world.

In December 2015, he was interviewed by the Today Show about the “secret of happiness”. Putting others first is his recommendation, because it creates a long-lasting feeling of well-being in the individual who does so. If you find these resources of interest, you may want to read his book, Happiness: A Guide To Developing Life’s Most Important Skill, within which he offers a loving kindness meditation that many find to be very powerful. 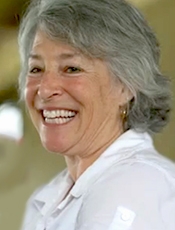 Dr. Karen Sokal, MD, MPH, is a Clinical Professor of Community Health and Human Development at the UC Berkeley-UCSF Joint Medical Program. Karen worked in the Peace Corps before she attended Yale University as an undergraduate, and served for two years in Ecuador, helping to address public health issues like sanitation.
Karen recalls that, even though the rural Ecuadorian people were very poor, their smiles sparkled with beautiful white teeth. When she returned for a visit only two decades after her Peace Corps service, she was shocked to see that their smiles had changed dramatically. She was especially saddened to see that most children suffered from severe dental caries, many in so much pain that they could not play or go to school. 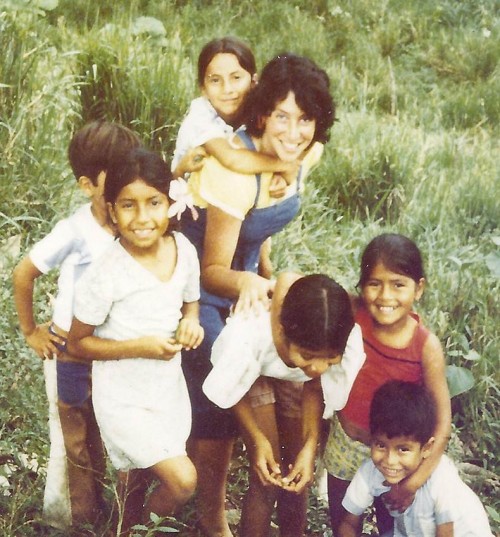 Karen learned that, over the two decades since she lived there, companies like Coca Cola had brought their products into rural villages and provided financial incentives for people to set up convenience stores filled with packages, cans and bottles that have a long shelf life. Gradually, the people had replaced their traditional diet with these salty, fatty, sugary, tasty products, even putting Coke into baby bottles.

As a result of these realizations, Karen established The Children’s Oral Health and Nutrition Project, which brings nutrition education to ten countries. While teaching ab
out dental hygiene and giving fluoride treatments, teams educate local health care workers and parents about the importance of breastfeeding and feeding children real and healthful food—maintaining their traditional diet, which is mostly comprised of whole plant foods—and avoiding processed junk food and sugary beverages. 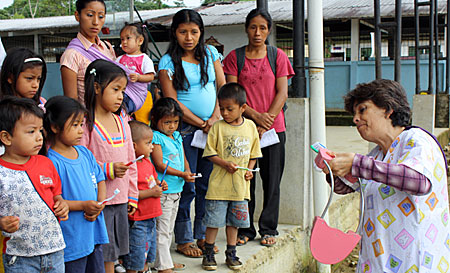 Hunger and poor nutrition exist throughout the world, and are not limited to war-torn and poor countries. Consider the
following,from the Save the Children Foundation, about nutrition in the United States:

By The Numbers: Hunger in America

More than 23 million people in America live in food deserts. They don’t have grocery stores, so their only choices for food are convenience stores and fast food restaurants. (USDA)

While a large majority (75%) of U.S. women start out breastfeeding their babies, only 13% breastfeed exclusively until their baby is 6 months old. (CDC)

On a typical school day, 80% of U.S. kids drink sugary drinks, the largest source of added sugar and a major source of calories in children’s diets. (CDC)

Dr. Richard Oppenlander, author of Food Choice and Sustainablilty, reports in his blog entitled The World Hunger-Food Choice Connection: A Summary that, worldwide, 82% of starving children live in countries where the crops that are grown are fed to livestock. The livestock is then exported to and eaten by people in western countries.

This point is highlighted in Matthieu Ricard’s video mentioned above.

We all—especially growing children—deserve to eat the kinds of foods that improve our strength. We can do this if people have access to healthy food, can afford to buy it, know how to cook it, learn to enjoy it and choose to eat it.

Industrial animal agriculture is not a sustainable option in a carbon constrained world, where nearly 1 billion people do not get enough food. Phasing out industrial confinement facilities in favor of extensive farming systems will be necessary as agriculture moves to less fossil fuel-intensive methods of production.

In addition, consumers will need to reduce their reliance on meat, eggs, and milk, and replace them with plant-based sources of protein and other nutrients. Governments and policymakers, however, also need to play a role in creating a global diet that can feed everyone and protect the environment.

The failures of industrial animal agriculture, including its contribution to hunger and greenhouse gas emissions, may have been unintentional, but that does not negate the hasty need for moving to more environmentally sustainable and healthier methods of food production.

The 4 COS4S initiative is led by International Integrators Facilitator Caty Genestra Villalonga in Spain. 4COS4S started by inviting restaurants on the Mediterranean island of Mallorca to add to their menus “4 things” whose ingredients are whole food, plant-based and do not include any animal products and at most a small amount of refined products such as oil, sugar and salt.  4 COS4S now includes a Restaurant Project, an Education Project and a Medical Project.

The expression “cuatro cosas” (“four things”) is used frequently in Spain. For instance, you might say, “I have to move four things before the painters arrive to paint my kitchen.” The number of things usually is not four, but the literal translation of the expression is “four things”.

4 COS4S is a way of encouraging us all to incorporate more whole, plant-based foods in our diets. By doing so, we engage with the power of kindness. The kindness that we show our bodies, the Earth, animals and those in our world who are hungry has an enormous impact on the health of all living beings. Every time we choose to eat whole, plant-based foods, we are contributing kindness and solutions to some of the largest challenges our world faces. Through this blog, we are sharing some of the resources with which we have engaged, so that, together, we can continue our journey of learning as an International Integrators community.

Elle Stetson-Dibble first began to explore vegetarianism in middle school after making the connection between animal welfare, the animal agriculture industry and a meat-free diet. Elle is the cofounder of Veg Heads, a student-led initiative at her high school, Concord Academy, in Massachusetts.  The club aims to raise awareness about animal agriculture and the importance of adopting a lifestyle that supports the well-being of animals, the environment and humans. She is an activist dedicated to pursuing a future where people love and respect animals, the planet and the health of all.