How can Pamela Chatterton-Purdy’s Icons of the Civil Rights Movement help us understand one another better during these uncertain and turbulent times? 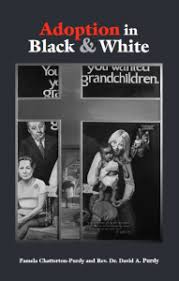 Pamela Chatterton-Purdy is a visual artist and Dr. David Purdy is a Methodist minister. They raised four children, including two adopted children of color, one of whom was born to an American GI and a Vietnamese mother during the Vietnam War. Their journey was first described in their 1987 book, Beyond the Babylift, which now has been updated in the recently published Adoption in Black and White.

Their experiences as White parents raising two Black sons and two White daughters within the racist US culture thrust their family into the complexities, mythology and traumas of white privilege. They have devoted their lives to social and racial justice.

Now in this country, there is a lot of effort by people who are influencers in the Black community who are speaking out. 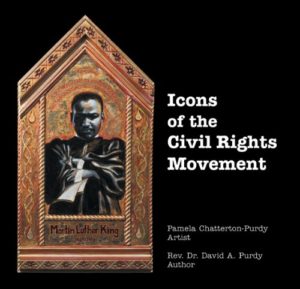 In 2004, they took the Sojourn to the South trip which inspired Pam to begin working on her series, Icons of the Civil Rights Movement, an extraordinary artistic endeavor which you can experience here on the Living Whole Online website. David did the research and wrote the summaries for each Icon.

One thing I wrestle with is, “how can I remain focused on one thing that I can do and maybe make a difference, rather than try to take everything on?” It’s a spiritual dilemma that can become overwhelming.

In this podcast, David, Pam and Kathryn discuss themes of injustice, activism, compassion, health, healing, the pandemic, communication and connection.

The pandemic has ripped the scab off the top and exposed the racism in the US in a new way.