My heart quickened with excitement as I read Jack Temple’s last blog post. Dr. Edwards’ response to their conversation during Jack ́s residency interview filled me with hope. I thought, “In an actual residency interview, an MD showed interest in Jack’s experiences with Integrative Health. Wow.”

I hadn’t spoken directly with Jack since he hit the interview trail. It was a good moment to get caught up. “Jack, tell me more about your interviews.”

His voice was filled with enthusiasm. “It was quite unexpected. Several of my interviewers showed curiosity about Integrative Health.”

“Jack, I feel so optimistic. Never in my career did I encounter such openness from colleagues.”

I sat back and closed my eyes, listening as Jack told me story after story of the various places he had been and the conversations he had had.

When he finished, I told Jack about a recent call I received from a distraught Estela. I was saddened to learn that her 21-year-old childhood friend, Carlos, had been diagnosed with cancer just before Christmas. His Mallorcan oncologist had told him that, in addition to the recommended surgery, radiation and chemo, he wanted Carlos to get animal products out of his diet. I was stunned when Estela told me this. “A Spanish physician said that?”

Jack wondered aloud whether that physician had read The China Study and other research supporting the benefits of a plant-based diet. “I really hope that oncologists are catching on.”

I filled Jack in on a conversation I had a few months ago with Estela’s mom who told me that she had discovered Biogranja La Real, a place to buy organic vegetables. Since then, my husband David and I have started frequenting Biogranja. It is the one place that we have found on Mallorca that grows and sells kale. The owner is a big fan, procuring his kale seeds from Scotland. He has an expanse of garden plots that he rents to local people who want experience in organic gardening. He provides land, tools and teaching, and people learn to grow their own food. 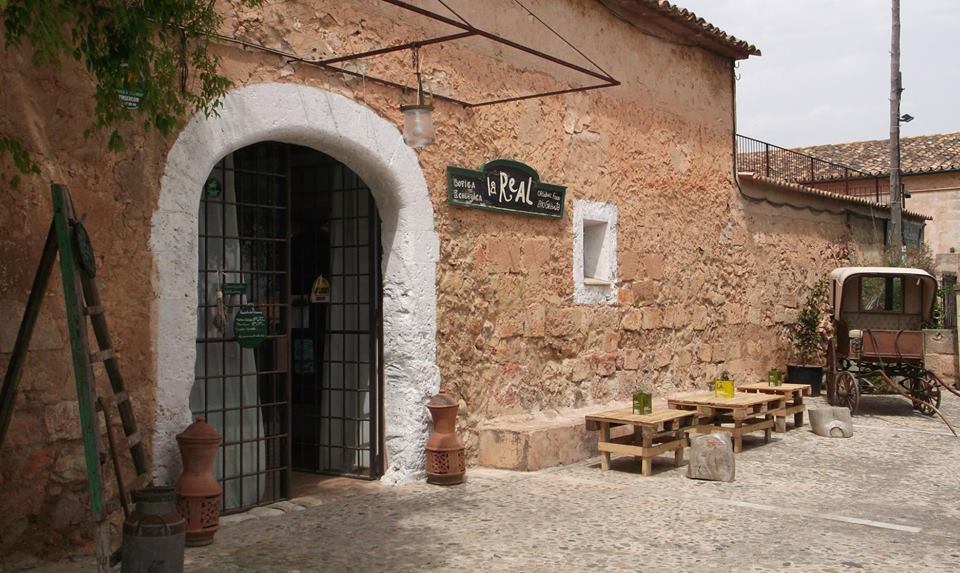 The Biogranja owner knew the story of the Mallorcan oncologist and the plant-based diet recommendations. Carlos’ mother had already been there. He exuded enthusiasm. “It’s changing now. I’ve been doing this kind of work for 12 years and interest has been slowly and steadily growing. But I’ve seen a big difference in the past few months. More interest in Biogranja, and more people open to thinking about their health in new ways.”

“Jack, the next time you come, we will take you there.” 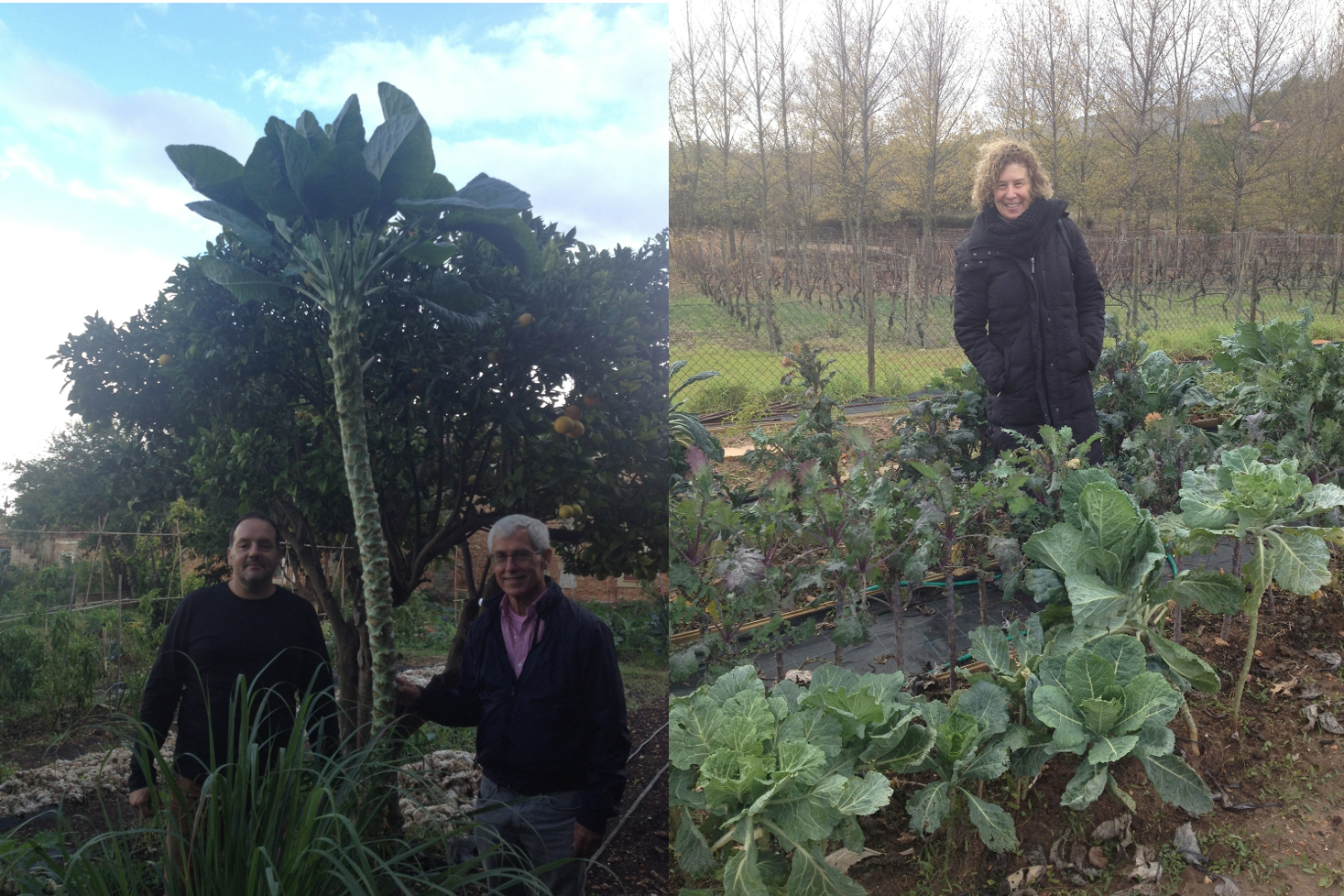 “Sounds amazing, Kathryn. Speaking of The China Study, I’ve been intending to ask you, how is the film going?” Jack knows that I have been working with John Corry, producer of Forks Over Knives and the upcoming PlantPure Nation, two bold films that probe the resistance of the conventional medicine system and government to open up to broader ways of approaching health, disease, wellness and prevention.

Nine months ago, I went to the Corry home in Los Angeles where John, his wife Patty, their film crew, my husband David and I had a rich afternoon of heartfelt conversation about the state of the medical system and what we can do about it. John interviewed me about my experiences as a conventionally trained doctor who practiced conventional medicine and now is practicing Integrative Health. 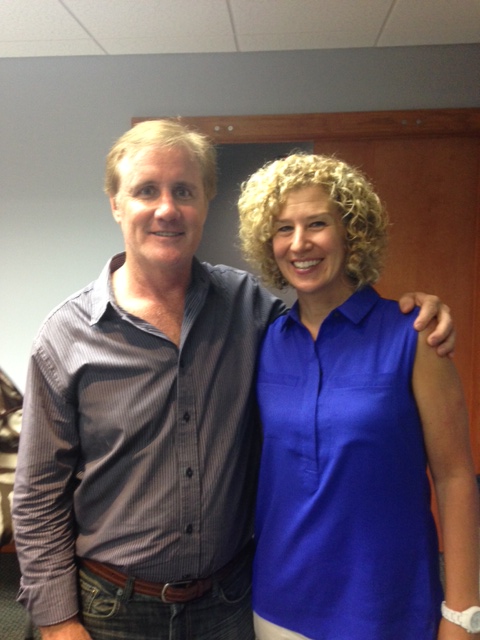 At that time, I told John and Patty that I felt that we are approaching a tipping point. On the other side of that tipping point is a system of medicine that just makes plain old common sense, a system based in Integrative Health.

“Jack, I’ve been wanting to catch you up on that. PlantPure Nation is a very exciting project, and the people involved have impressive vision and focus. The more I work with the projects that the Corrys, Nelson Campbell and their team are developing, the more I get that feeling that I love to get. You know that feeling, Jack, when you know that something right and new is happening before your very eyes?”

“Oh, yes, I know that feeling. That is how I felt when I heard residency directors speak about the steps they have taken to improve resident resilience. For instance, one program took their residents on a mindfulness retreat in a beautiful river gorge. It made me want to be a part of that community.”

I closed my eyes and imagined Jack and his new resident colleagues hiking, meditating and bonding in the days prior to the start of internship year. Such a different experience from how my internship started in 1986. At that time, the hospital’s main interest was in getting us trained to do our jobs on the wards.

“Oh, Jack, I just know that you will match in a place where you will be part of building that sort of community.”

“I hope so, Kathryn. Tell me more about your time with the Corrys.”

“Well, after the filming, they showed us their kitchen pantry and refrigerator, as evidence of how much their lives have changed since working with Dr. Colin Campbell and Dr. Caldwell Esselstyn on Forks Over Knives. John’s eyes had twinkled as he told me that, by the end of the filming, practically the entire crew had transitioned to plant-based eating. Patty had grinned widely as she disclosed that her elderly mother is now a complete convert, and all kinds of health problems that she used to have are no longer issues for her. 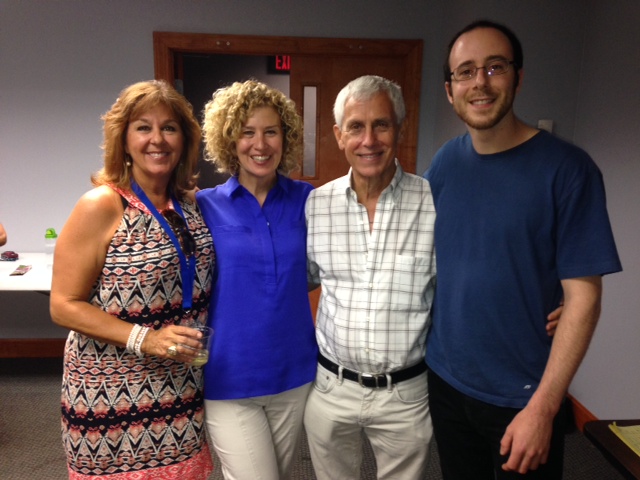 Jack laughed in appreciation. “I love when people learn something new and are able to experience the transformation it causes in their health. This is how I have felt doing Jin Shin Jyutsu and sharing it with my patients.”

“Jack, I am so excited to hear about all the ways you are using Jin Shin Jyutsu.”

“Kathryn, it really feels like we are at a tipping point. When I hear your experiences in Spain and I think about mine on the interview trail, the momentum is tangible.”

I smiled, because I know how much Jack loves Malcolm Gladwell’s work, especially his book The Tipping Point. Jack continued, “Gladwell believes that epidemics of change are started by people who connect to others and influence them to adopt new ideas.

“International Integrators is comprised of people interested in contributing to initiating an epidemic of healthful living. When I hear the stories we just told each other, I see movement toward common sense health care … Integrative Health. The Corrys, the Campbells and the Esselstyns are enormously influential in their good works in research, writing, speaking and filmmaking. I see the Mallorcan oncologist and the owner of Biogranja as people who also contribute to initiating a healthful living epidemic.”

“I agree, Jack! And medical students like you make a big impact when you put your Integrative Health experience on an internal medicine residency application. You took a big risk doing that, and look how it’s worked out.”

I could feel Jack’s smile through the phone. “I was excited to share with you my interview experiences. I want my residency program to support what I know to be important in health and healing. I hope that Dr. Edwards and the other interviewers that I conversed with will become part of the movement that drives us past the tipping point.”

Jack continued. “People like Carlos who face health challenges, and their loving friends like Estela and her family, and family members like Carlos’ mom, also play an important role in the epidemic. They take action in favor of health and healing, and influence others as they do so. And the Corrys’ films tell the stories of others who have made change and inspire us to pay attention. 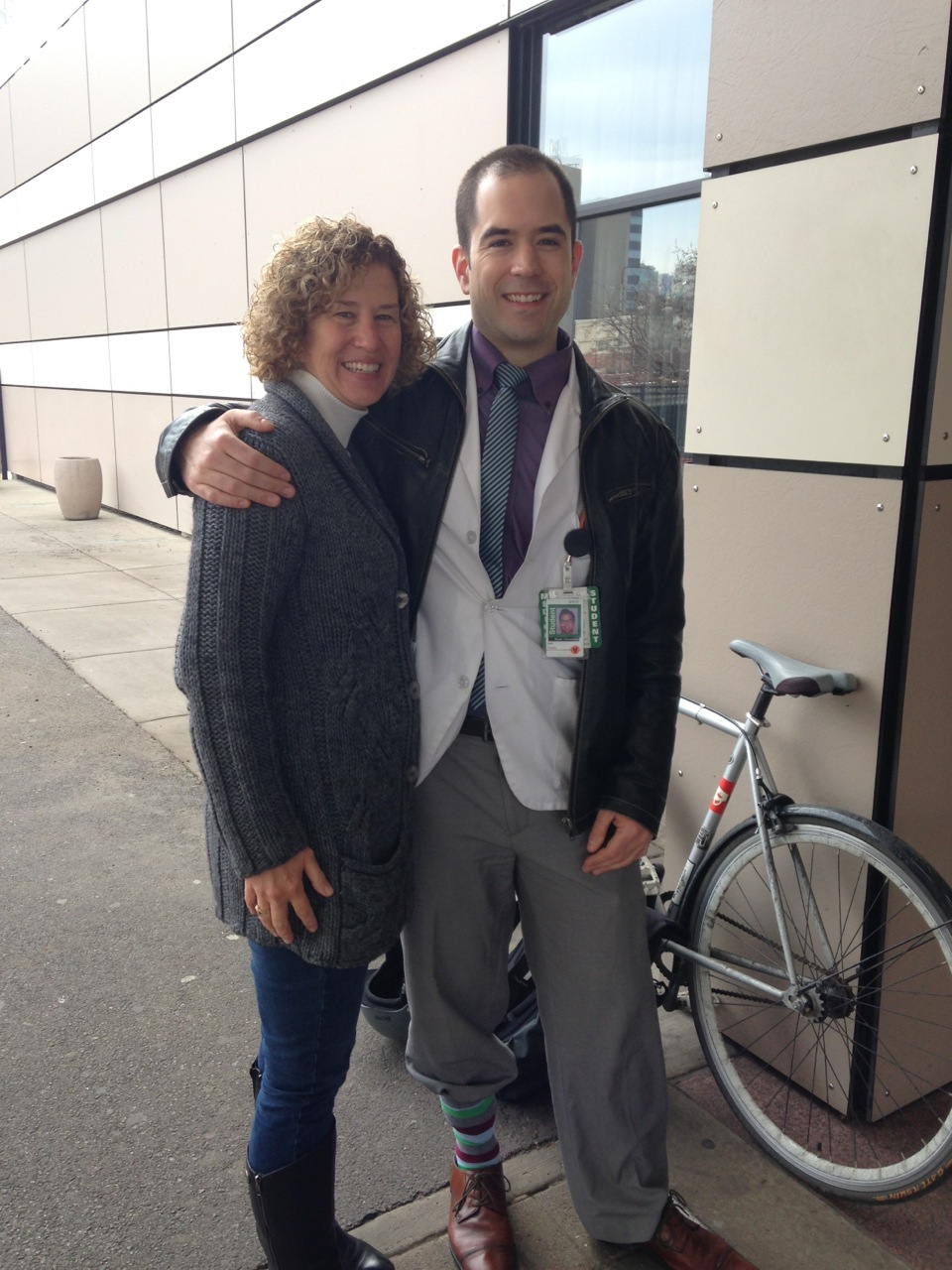 “With every blog we post for International Integrators, we stimulate people to converse and affect a wider sphere of influence. With each action, we move toward that tipping point where something that is unusual and therefore notable becomes normal, mainstream and, eventually, just plain common sense.”

I hung up the phone without opening my eyes, still reclined and enfolded in the warmth of Jack’s insights and enthusiasm.

Kathryn Hayward and Jack Temple are co-founders of International Integrators.  Kathryn practiced conventional medicine in Boston for 30 years and opened her Integrative Health practice, Odyssey Journey, over ten years ago. She currently lives in Mallorca, Spain and will appear in the new motion picture by the makers of Forks Over Knives, called PlantPure Nation. Jack is nearing graduation in his fourth year as a medical student at Rush University. Jack and his fiancée, Nabeelah, live in Chicago. Both Kathryn and Jack will be facilitators at Living Whole, an immersion retreat in March in the Redwood Forest of California.