I remember my last day in a health club – it was during the same month that our first child was born and I received a nice but stressful work promotion. The net result for my health was that my systolic blood pressure started to match my salary and my inches of waist line crept closer to my age. But more on all that later – here’s some background on my situation. 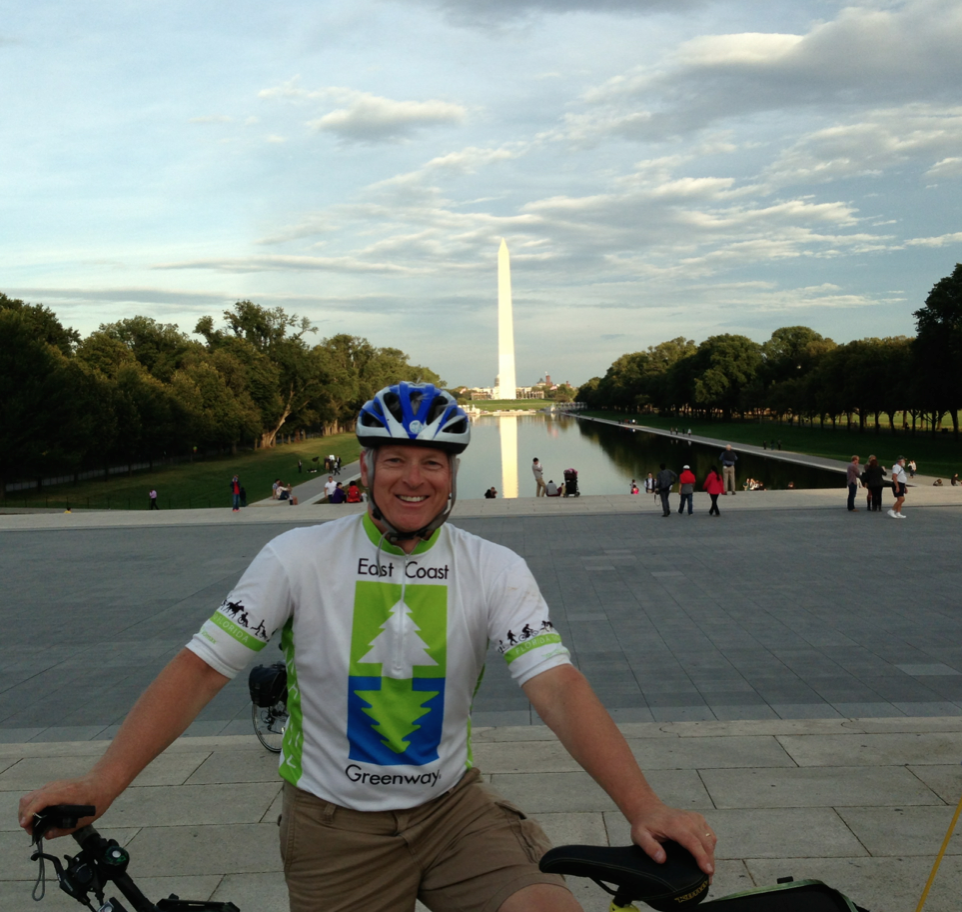 I’m about to turn 56 years old.  The unemotional, abridged version of my family history is as follows: (buy me a beer – or more likely a glass of red wine these days – and I’d be happy to give you the emotional version!)

If I can live to the ripe old age of 61 then I will be the longest living male on both sides of my family that any previous generation can remember. The joke in our family is that we need to try to live long enough to GET cancer.

But none of that is important really – all painful water under the bridge at this point. What IS important is that after marrying late in life, my wife and I are very lucky to have two beautiful children, ages 10 and 7. So here’s what I’ve tried to do to live a healthy life long enough so I can see the kids graduate and start productive lives.

Background: Leaving for work each morning at 5:30 am and getting home between 6:30 and 8:30 pm makes a gym membership a waste of money. Since we live about 30 miles north of Boston, most days I take the commuter rail into the city. Once at North Station, I can then either take the ‘T’ (subway) or the company-provided shuttle bus to Dana-Farber Cancer Institute where I’m the Vice President of Medical Oncology and Ambulatory Care Operations.

But there is a third option that has made all the difference. North Station provides secure, free space for about 100 commuter bikes. So I cycle the 4 miles to work every day, about half of which is along the beautiful Charles River bike path. For the remaining on-road segment of my commute, my generally risk-averse nature was relieved to see the great job the City of Boston has done in the last decade laying down miles of bike lanes. The first year, I just cycled during the warm months but, with the proper lighting and dress, I now ride year round.

Almost immediately after starting to ride, I dropped 10 lbs. and took several inches off my waist. And the stress release during the commute resulted in my bringing much less work stress home with me. I love when I’m riding on the bike path passing all the stop-and-go traffic, especially on nights when there‘s a Red Sox baseball game! 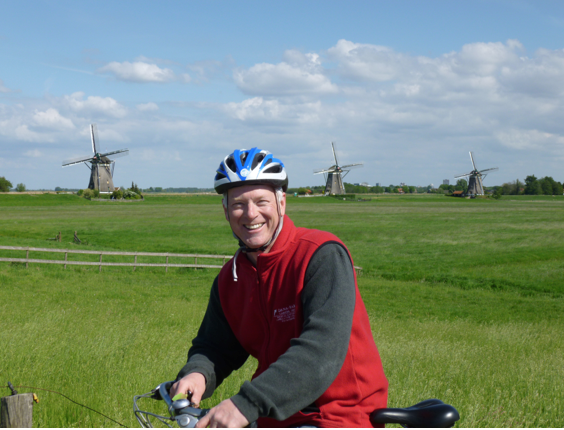 I believe that cycling can become more of a lifestyle rather than a recreation activity, exercise outlet or commuting option. This is becoming the case in some US Bicycle-Friendly Cities (as designated by the League of American Bicyclists) and already ingrained in many European countries like Denmark and the Netherlands. While on a trip to Holland recently, with bikes everywhere, I asked someone where they go for recreational rides on weekends. Their perplexed response was, “Why would you want to do that? We ride every day.”

Cycling is now the fastest-growing commuting mode in the US. The Economist magazine and CNN Money have both proclaimed that “cycling is the new golf,” referencing how people now spend their disposable time and income on recreational activities.

To become more involved, I joined the Livable Streets Alliance, an organization that is trying to change the US car-dominated culture by advocating for non-motorized transportation options that encourage active living. And, as a board member of the East Coast Greenway Alliance, an organization connecting cities via bike paths and rail trails from Maine to Florida, we are developing a bike-able and ADA-accessible urban sister to the Appalachian Trail. 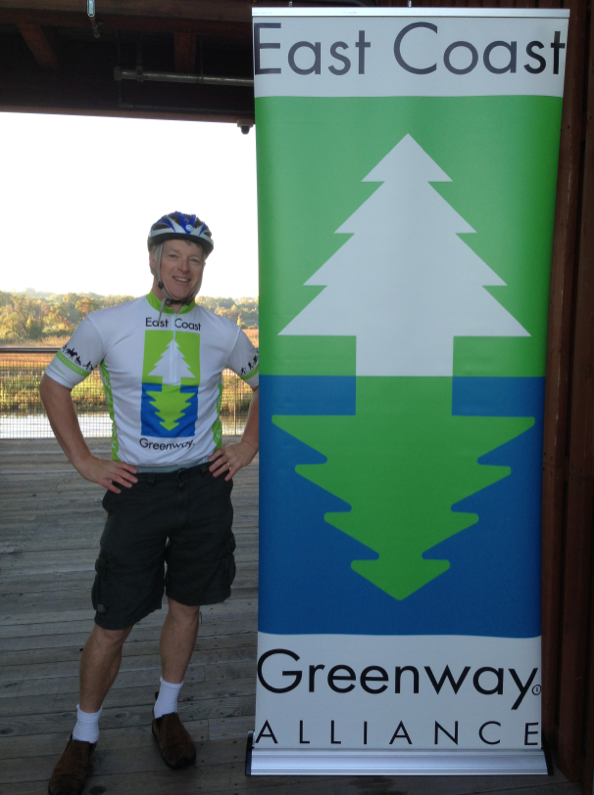 The East Coast Greenway will provide a non-motorized recreation and transportation option for many of the 60 million people in the 15 Eastern states and DC. This is a long term project but, given that it took 75 years for the Appalachian Trail to be built, we are well on our way with 30% of the total 2,900 mile trail now a safe, off-road route. Given the increasing epidemics of diabetes, cardiovascular disease and obesity in the US, this project can’t be completed soon enough.

More background: I leave for work before breakfast, rarely have lunch, and make it home for dinner with the family about half the time each week. Our hospital cafeteria closes at 2:30 pm except for, of course, the pizza station to which I had become addicted after 3:00 pm. And, even after a late lunch, when I arrived home, I’d feel obligated to eat the nice dinner my wife had prepared. I contributed little to the daily menus because I did little (like none) of the food shopping or preparing. So bottom line is – I was consuming way too much food late in the day.

So after much exasperation, I realized I had to take some personal responsibility for all this. I couldn’t just blame my poor eating habits on lack of time, or not doing the shopping and meal preparation.

As a first step, I cut out all red meat, pizza, soda and donuts – including my beloved munchkins. For breakfast at work I now have oatmeal with raisins. On weekends, I improve this to steel-cut oats with cranberries, walnuts and almond milk. I also have salad at every lunch and dinner.

OK, so I know this is ‘low hanging fruit’ (sorry for the pun) and most of you nutritional converts are probably yawning at this point, but it’s been a big step for me. I’ve lost about another 15 lbs. and my blood pressure is back to normal – and most importantly I just feel much better. So rather than beating myself up about not making a binary switch to a better diet, I decided to “not let perfect become the enemy of the good” and take my incremental victories.

Full disclosure: This phase is nowhere near complete. But I’m taking small steps that will help me with my conversion to a more whole food, plant-based diet. And that is where my learning from, and association with, International Integrators comes in. As a start on this phase I’ve read  The China Study  and Prevent and Reverse Heart Disease, and watched the film Forks Over Knives as well as others like Food, Inc. and Super Size Me. I’ve also been reading some of the Forks Over Knives cookbooks and more importantly, asked my wife to read them too.

Thus far, further improvement at home has been a slow process transitioning from the traditional diet that we grew up on. But kids are so perceptive and I see glimpses that some dietary awareness is already rubbing off. Last Saturday after soccer practice, at the ritual popsicle distribution, my 7-year-old daughter said to me, “I think I’ll pass Dad – there’s too much sugar and food coloring in those things”. Yeah! – celebrate the little victories! More on all this as the diet improvement evolves for me. Hopefully I still have time . . . 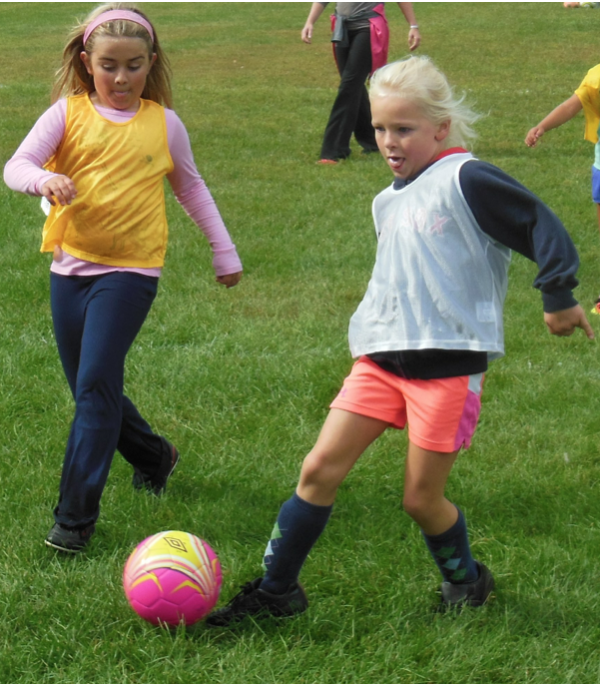 David Read is a board member of the 15 state East Coast Greenway (ECG) project (www.greenway.org) which has a goal of promoting active living and non-motorized transportation along the eastern seaboard of the United States. David is currently the Vice President of Ambulatory Care Operations and Medical Oncology at the Dana Farber Cancer Institute in Boston, Massachusetts.

We would love to hear how you incorporate fitness into your busy schedule, or how you don’t! Leave a comment below!