Public Speeches, Private Conversations and the Source of Trust, Health and Happiness

A speechwriter learns that public speeches and private conversations are made great by the same ingredients, which can improve emotional and physical health as well.

In the summer of 2008 I met in Washington, DC with two respected colleagues to study two dozen speeches and answer the question: “What makes a speech great?”

After two days, we concluded:  “We don’t know.”

Of the three, trust is most important. If trust is high enough, you can skip the argument and go straight to the request. Ponder that – trust can get you what you want without any argument. And if trust is really high, you can make a huge request.

That’s where the analysis settled after our 2008 meeting, and that’s where it remained six years later when I agreed to give a short talk on trust at a speechwriting conference in Washington, DC. Then, a month before the talk, I got a fresh insight from Annie Robinson, the International Integrators’ narrative medicine expert, who sent me the TED talks of Brene Brown and changed what I wanted to say at the conference.

I had never heard of Brown. But I instantly admired her ability to compress years of social science research into a few lines. Here are three:

As I pondered these thoughts, the idea jumped at me – vulnerability is also the birthplace of trust.

And then I understood conceptually – in a way I could finally communicate – why a speech that I had recently judged the runaway winner of a speechwriting contest had so dominated the competition.  In contrast to the more conventional entries – many of which were well-written, carefully vetted statements from executives promoting their organizations – the winning speech was an open-hearted story of a wounded veteran seeking work. The ex-soldier, Neil Colomac, told the tale of his traumatic brain injury, his fight to get back to his unit, and his heartbreak upon hearing the words “Not. Fit. For. Duty.” Neil openly shared the embarrassment, depression and panic that came with his disability. That vulnerability commanded trust, and the trust strengthened his request for Congressional funding to help wounded vets find jobs. 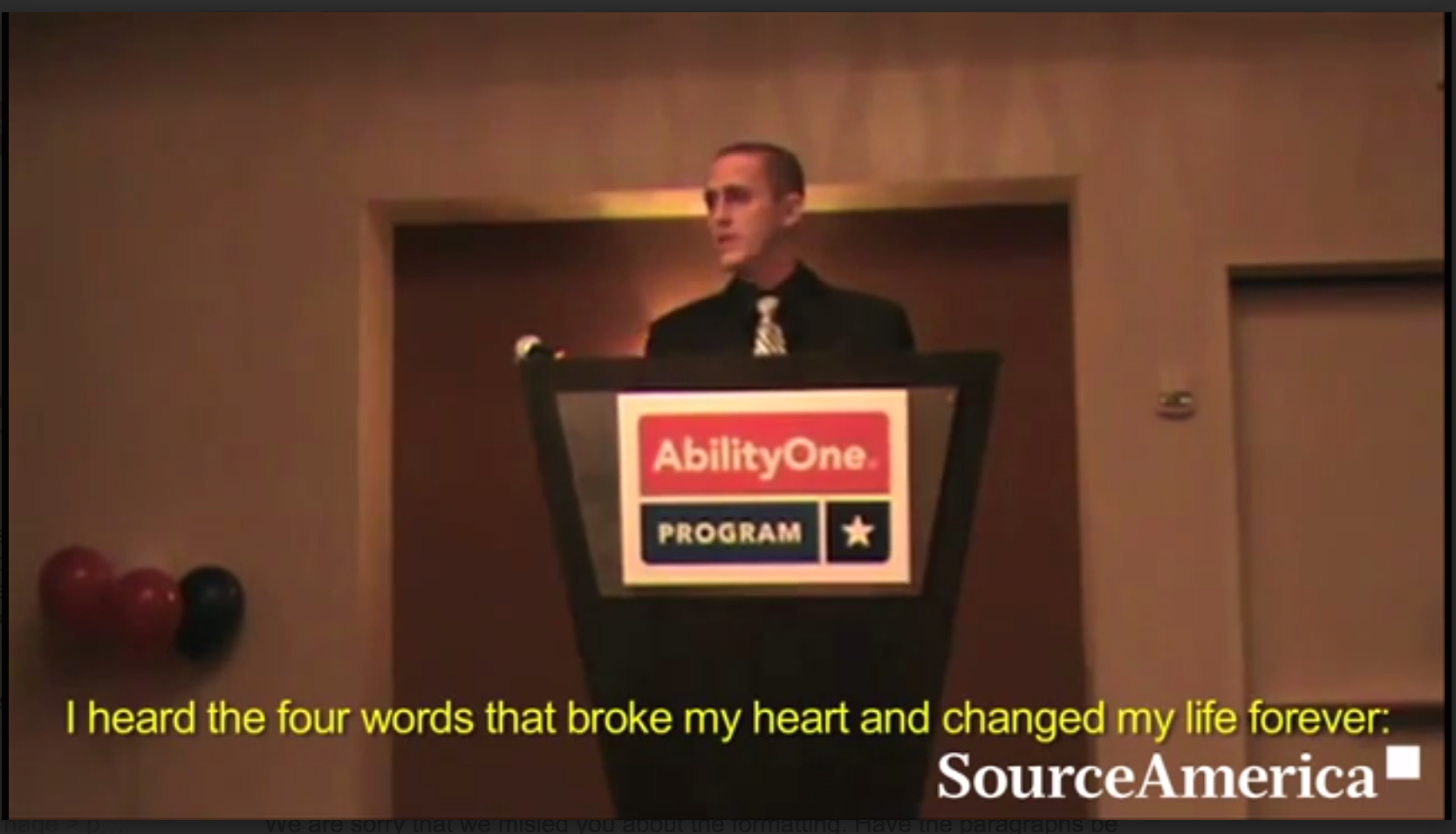 In my talk at the conference I drew the connection between vulnerability and trust, and posed some questions to the writers in the room:

“How many of the speeches that you and I write hide something – hide a disappointment or a defeat to reduce risk, and then miss the chance to increase trust? Vulnerability is risky. But if we don’t show vulnerability, then we can’t show courage, resilience, creativity, determination and all the qualities that can really inspire people.”

I ended the talk by saying, “If we want our audience to be more trusting, perhaps we can do less hiding.”

After the conference, I sent the remarks to some friends, and I was surprised to hear a number of them tell me, “The Trust-Argument-Request scheme helps explain my work.” I heard it from a partner in an advocacy firm in Washington, DC. I heard it from the head of a private equity firm in Silicon Valley. And I heard it from Kathryn Hayward, M.D., a co-founder of International Integrators and the originator of what she calls Odyssey Family Systems, her distinctive adaptation of Family Systems work.

Kathryn inspired me to start thinking about the impact of vulnerability and trust not just in public speeches, but in private conversations, personal relationships and on physical and emotional health.

In her e-book, Odyssey Family Systems Companion Guide, Kathryn writes: “No child gets out of childhood uninjured.” 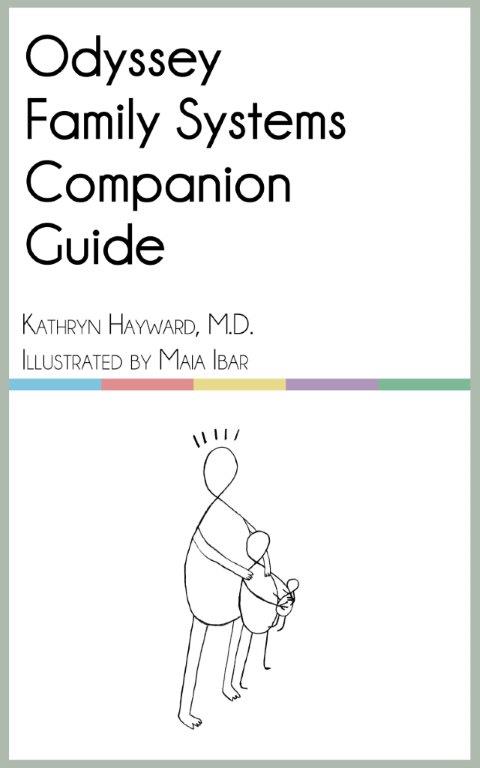 This quest for connection is driven by the belief that we can’t be who we are and get what we need. So we begin to edit who we are to make others happy with us. In Kathryn’s conception, this gives rise to numerous parts of self, each of which has special skills and schemes in gaining connection with others, and each of which hides some of who we are.

I have learned (the hard way) that two “parts of self” that flavor my personality are what Kathryn calls “Caretaker” and “Performer/Perfectionist”.

My Caretaker has a plan to fix your life. He is selfless until you forget to thank him, then he’ll tell you all he’s done for you – he has a list, which he’s memorized.  He needs to be needed, so he needs you to be needy. But if you’re still needy after he thinks he’s met your needs, he gets mad.

My Performer/Perfectionist seeks affection and connection by performing brilliantly and flawlessly. To him, everything is all-important. A minor error is a disgrace. A missed deadline is humiliating. If he works all night and you tell him, “This is a good start,” you’ll crush his soul. If you tell him his work is “great”, he’ll ask: “What didn’t you like?”  If you want him to go away unwounded, it’s best to tell him, “This is breathtaking!”

If you have a strong Performer/Perfectionist or Caretaker, you may not even know it. I didn’t used to and often still don’t.  In my mind, I’m just being the way people are supposed to be, and anyone who departs from my high standards is deficient – no matter who it is.

When I was working at the White House, I wrote a speech for President Clinton to be recorded and aired in a neighboring country on the eve of his visit there. As he recorded the talk, the President mispronounced a phrase I included for local color. I heard it and cringed. He knew it and shrugged. “That’s good,” he said when he finished.

The President of the United States was letting a word go out into the world mispronounced. I was stunned and disillusioned. (What if people think I gave him the wrong pronunciation?!?).

Later, perhaps for the first time, I began to see my so-called standards against a wider frame – through the eyes of what Kathryn calls: “the Connecting-Up Self”. Clinton’s ability to know what was ‘good enough’ helped him govern the country while guys like me were proof-reading speech drafts for the third time. Imagine if the President let his national security team wait for his decision while he wandered around the White House perfecting things. (“Hey Podesta, the portrait of FDR in the Roosevelt Room is slightly askew.”)

Perfectionism is fear. It’s the opposite of vulnerability; it’s a desperate quest for security.  It’s really not about making something perfect – it’s about not making a mistake.

Performer/Perfectionists combine the fear of error with the need to amaze.

When I was working on a speech for President Clinton’s trip to Colombia, I said to my wife: “I have three days to write a talk that will impress the President, the press, and 40 million Colombians.”

I was driving to work one day and heard on the radio, “President Clinton will be speaking at Memorial Day ceremonies at Arlington National Cemetery.”  I thought: “Turn that radio off!!”  That was my speech, and I hadn’t even started.

Did it reassure me that I had written hundreds of speeches over a dozen years and they all turned out fine? No! “Fine” humiliates my Performer/Perfectionist! 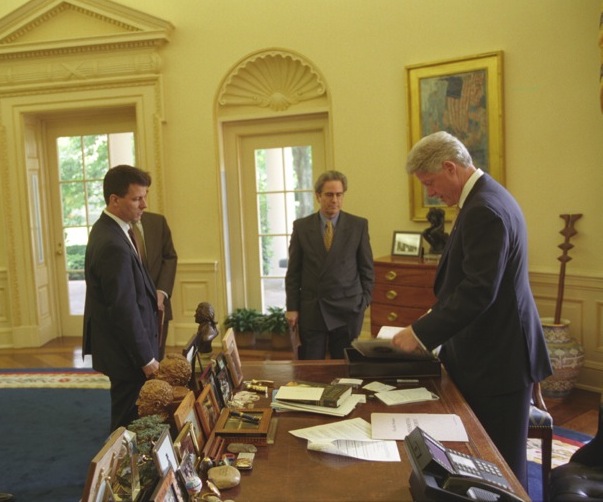 One day I went into the Oval office to check on a speech before we left for an event.  The President saw me and turned to his assistant and asked: “Do you have my speech copy – the one I marked up?” (Marked up?!?!).  Ten minutes later I was walking a few steps behind him as he entered the Capitol to give a speech in the rotunda. Was I thinking: “This is cool?” No! I was thinking: “Why am I always so scared?”

There are a number of “parts of self” in addition to Caretaker and Performer/Perfectionist, and they all can help us feel connected. But their anxious efforts can also leave the body exhausted, depressed, and sick.

The burnout of the White House for me was not just the hours; it was the anxiety, the desperate need to perform, to be amazing. If anyone challenged my approach back then, I’d have said:  I have to be amazing; that’s the job!!!” 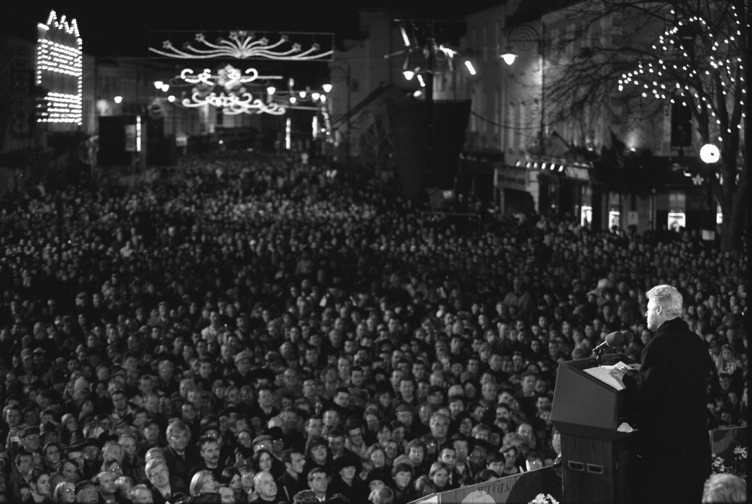 But anxiety isn’t a condition of excellence. Surrendering the need to be amazing doesn’t mean I give up on quality; it can open up creativity that wasn’t there before, or invite ideas that I would never have risked before. My fear drops because the danger is reduced. I now risk only making a mistake; I no longer risk shattering my image as the guy who never makes mistakes. If that image is the basis for my connection with others, I can’t help but be scared.

In Kathryn’s Family Systems work, being vulnerable means shedding the images and schemes that we use to seek connection, trusting instead that if we drop the mask and be who we are, we can ease the anxiety that compels us to perform or perfect.

This is not easy. If I want to be vulnerable and “let myself be seen”, then I have to acknowledge the parts of my personality that would appall the Performer/Perfectionist.  I have to embrace my inner bungler.

This means no longer hiding all the evidence that I am not the person (or persona) I pretend to be. It’s a wrenching change, but it’s a way to build trust, deepen relationships, ease the strain, and improve my health. As Bill Manahan, M.D., a co-founder of International Integrators, puts it, “Authentic healing means finding the love we need in ways that don’t distort who we are.”

And when we don’t distort who we are, it’s easier to find love.

So this is where Kathryn’s conception and Bill’s comment leave me:  In public speeches, vulnerability leads to trust, which can give greater power to the argument and request. But in the realm of private conversations and personal relationships, vulnerability can lead to something more.

You can feel a glimmer of it in extraordinary speeches when the speaker’s vulnerability gives his talk the power of a private conversation and the feel of personal friendship. The wounded veteran who told his story did more than make me trust him; by the end of his tale, he had made me love him – and he did it by giving up the tricks and masks we use to get love. 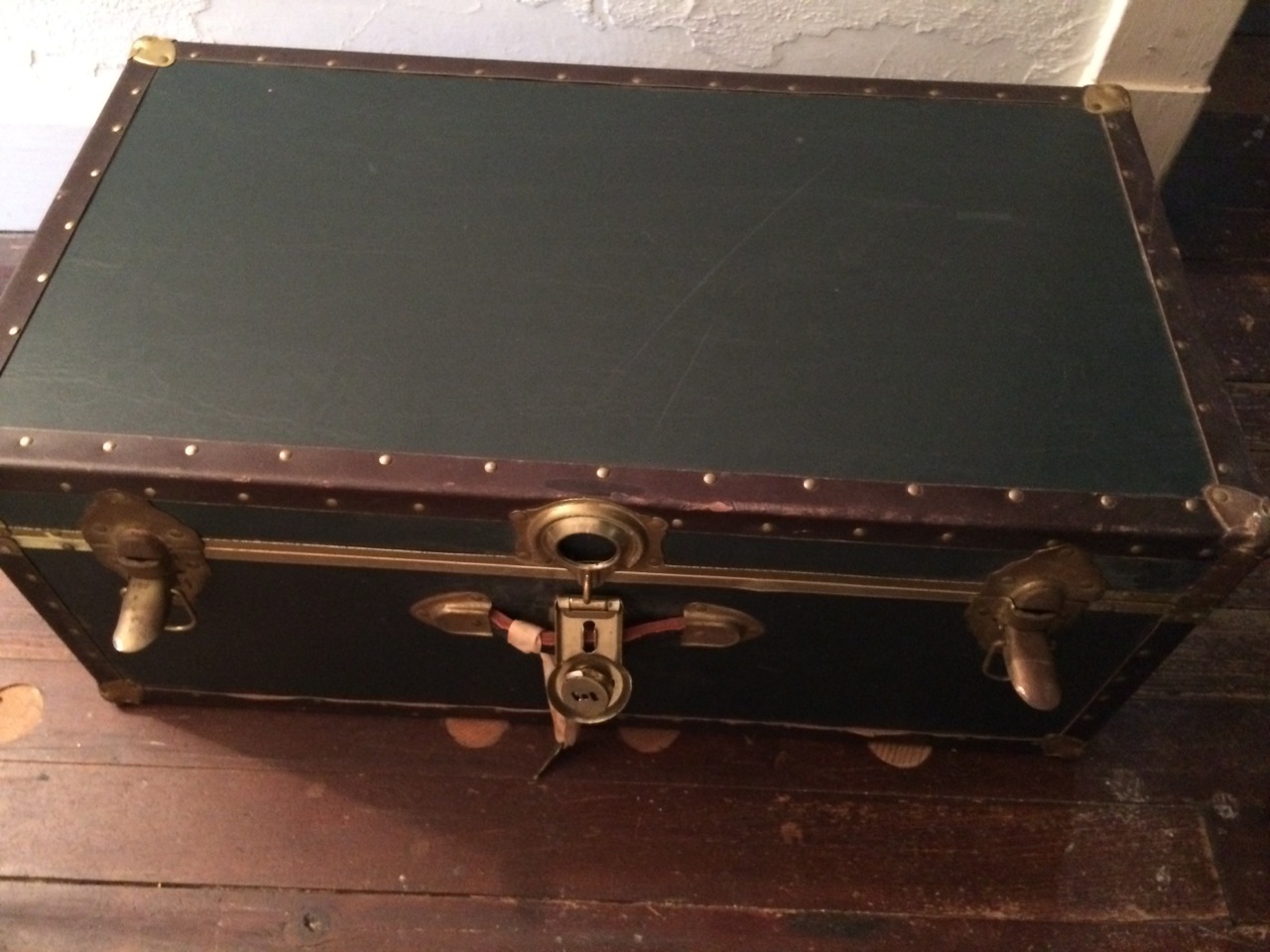 A priest-friend of mine once shared with me a simple metaphor for close relationships — two partners move in together and bring their trunks. Each opens the trunk a crack and waits anxiously as the partner sees what’s inside. If the reactions are positive, they each open up a bit more; if the reactions are negative, they each shut down. I agree with this analysis to a point, but it misses the breakthrough – it misses the love that comes when we stop looking at the trunk and start watching the person who opens it. That is the transforming step – because the secrets we carry inside and want to hide are never very pretty, but the person who’s willing to show them is gorgeous.

Tom Rosshirt is a distinguished writer, thinker and communications strategist. He served as a national security speechwriter for President Clinton and was foreign affairs spokesperson for Vice President Gore.  He has written a nationally syndicated opinion column and was a founding partner of West Wing Writers, one of the world’s leading writing and strategic communications firms.  International Integrators is grateful to have him on our Advisory Council.