This past Friday night we attended the annual gala to support RANA, a Mallorcan non-profit organization that works to prevent childhood sexual abuse and treat adult survivors. RANA is now over 10 years old and this year won the coveted Ramón Llull award for humanitarian work in the Balearic Islands (Mallorca, Menorca, Ibiza and Formentera).

RANA and most other social service organizations had a difficult time during the economic downturn of the past few years, the “crisis” as it is called here. Thanks to the generosity of Alec and Hilaria Baldwin in 2014 and 2015, RANA not only weathered the crisis but continued to grow and published an English translation of its book used for teaching elementary school children. Significant gifts were made through The Alec Baldwin Foundation facilitated by International Integrators. 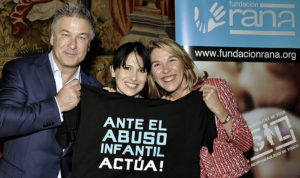 Alec and Hilaria Baldwin with Liz Homberg, President of RANA

This year the gala was sold out and support for the organization´s mission also was evident in the silent and live auctions as well as the raffles. And governmental and other support is beginning to be available again. 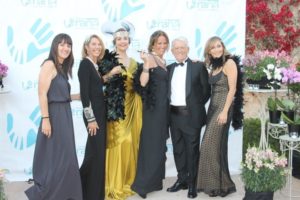 But let´s face it. The gala was FUN. Its theme was the Great Gatsby and the 1920s, complete with props for each person who attended as they were photographed upon arrival. Liz Homberg, president and founder, is an American who has raised her children in Mallorca with her German husband, Karl. She and the rest of the RANA team were in high spirits and the effort was also supported by 17 teenagers who volunteered their time to assist with the logistics of greeting patrons, selling raffle tickets, holding auction items and circulating the silent auction bidding lists. Those attending came from Mallorca and other parts of Spain as well as from at least 15 other countries. 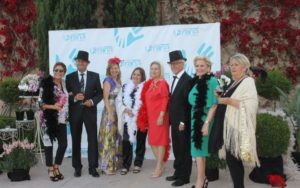 The city of Inca where we live was well represented, including by the 8 people who attended with us this year. Among them were Pere Rotger Llabrés, former mayor of Inca and former President of Parliament of the Balearic Islands, and his wife, Catalina Genestra Villalonga, who leads the 4 COS4S initiative for International Integrators.

RANA will continue to have challenges in meeting the needs of children, their families and adult survivors of childhood sexual abuse and in raising the financial support required to pursue its mission. The strong show of support at the gala is an indication that its collaborators are ready, willing and able to help fund and grow the organization.